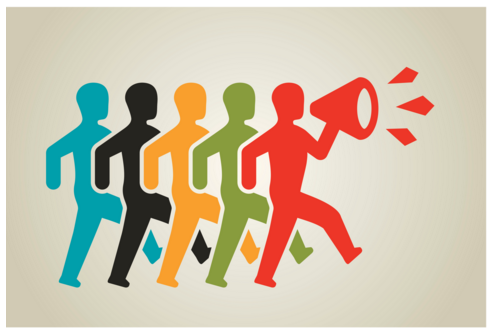 If you use Twitter, have maybe a couple of hundred or thousands of Followers, you have an asset. You might just take a broadcast approach, tweeting out your thoughts as you have them. Conversely it is possible to take a more strategic approach and deal-up some content fashioned to appeal to your key influencers.

Following on from the previous blog, let’s look at who the ‘hidden’ influencers might amongst your Twitter Followers?  If we think about using Mark Schaefer’s approach (see #5) then you take the number of Lists a Twitter users is on and divide this by their number of Followers to get a List to Followers ratio/percentage. Mark’s guidance is those greater than 5% are genuine ‘hidden’ influencers.

You could use TweetDeck to go through all your Followers assembling the Lists & Follower data which would likely be very time-consuming. Alternatively, at present you can run a free trial report on a Twitter User via Simply Measured.  From the report sent download the Excel version. Once downloaded refer to the Follower List tab. Insert a new column  and divide the Listed column by the Followers column and format the resulting column as a percentage. Reorder in descending percentages.

You’ll need to screen the list. My suggestion is you might want to view sceptically any above 30%. Also, I take a similar view of anyone who looks like they Tweet a disproportionately large number of times or have only a small number of Followers. One of the good things about this report is it includes the users bio and their location, hence you can also screen that way. 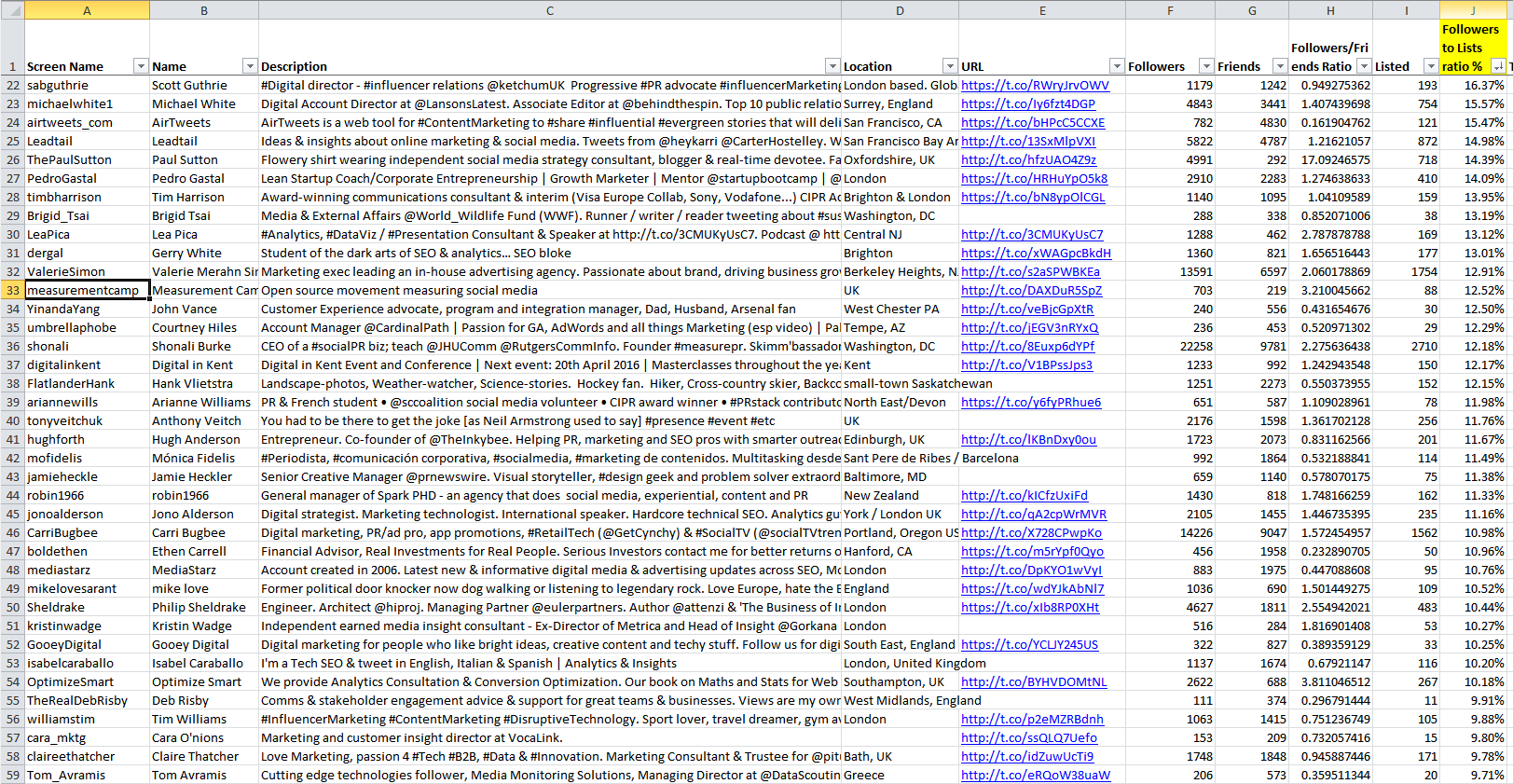 A good place to go with this is to find a couple of dozen Users who follow you with a good List/Follower percent value (range 8%-20%) and with relevant looking bios. The next step is to look at what they Tweet about and if it is relevant topic-wise to you. Make a note and think about the possibility of some form of outreach. This might take the form of a Tweet about a blog you have seen which follows on from something they have Tweeted about before, for example.

I would be very interest in your views and so as to not miss out on future updates don’t forget to subscribe.